Serving All of Chicagoland

After WWII Chicago-area wholesaling firms boomed, and by the 1950s over 10,000 wholesaling firms were based in the Chicago area. “Only New York City was a more important American wholesaling center.”   One wholesaler that flourished during this time was the J.P. Graziano Grocery Company.  With an ever-growing customer base we became a leading wholesaler of imported and domestic grocery products in Chicago, especially for Italian specialty items.

With delivery trucks criss-crossing the Chicago area,  the J.P Graziano Grocery Store supplied a great many restaurants and independent grocers for many years. 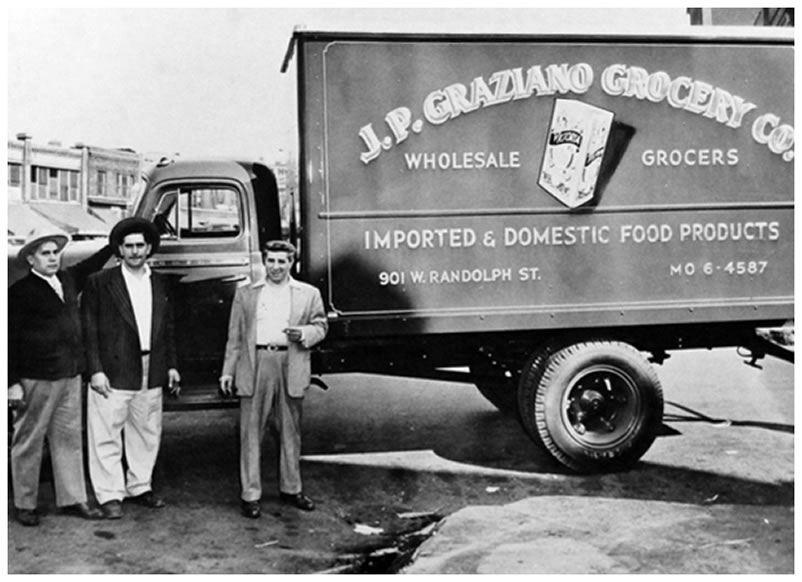 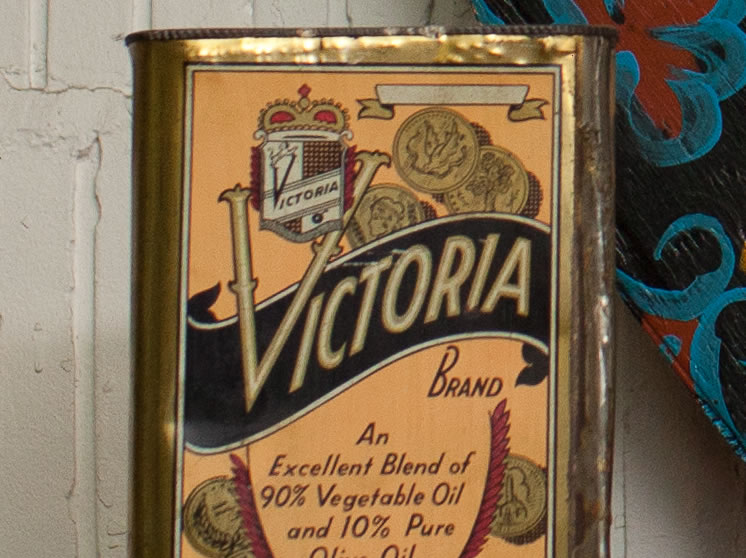 Beginning around 1900, the Italian population around Taylor Street area on Chicago’s Near West Side swelled and the area became known as “Little Italy”.  J.P. Graziano’s sat just a bit north of the Taylor Street and so was in  a perfect location to serve Chicago’s largest Italian community.

Packing Their Own Olive Oil

Buy the 1940s, the J.P. Graziano Grocery Company had deep roots with customers throughout the Chicago are as a wholesaler and distributor of a wide range of Italian specialty items.

Because they had such a demand for olive oil the Graziano’s began to “pack their own”. That is, they bought fresh olive oil in bulk and then filled and sealed gallon cans sold it under their own label: Victoria.

Open to the Public

Like many wholesalers along Randolph Street, J.P. Graziano’s ran a retail business alongside its wholesale operation. Already experienced as retail grocers from their original store on Grand Ave, it made perfect sense for the Graziano family to keep its doors open to retail customers.

With its close proximity to Little Italy, J.P. Graziano’s benefited greatly from its reputation as the spot to find specialty items like Moroccan snails, caponata, baccalà, and oil-cured olives.  These were not your typical retail customers, these were folks who didn’t mind dodging forklifts and buying in bulk.

Not Your Typical Retail Shopper

At the time those walk-ins technically could be considered retail shoppers, but they bought a lot like the company’s restaurant and grocery accounts, stocking up on cases of pasta and canned tomatoes and whole 86-pound wheels of Parmigiano-Reggiano to divide among extended family.

What Would Signore Vincenzo Say?

Chicago’s Near West Side underwent several developments that drastically altered the Taylor Street community and triggered the migration of many Italian families westward to Melrose Park and Harlem Ave. In 1963 Mayor Richard J. Daley pushed through the establishment of the UIC Circle Campus which required the demolition of hundreds of homes in Little Italy.  In addition, the Chicago Housing Authority built several housing projects near or on Taylor Street.  Although Little Italy has endured it remains only a fraction of its former size.

Sadly, these changes reduced the number of nearby retail customers in addition to making the neighborhood less attractive and less safe for visitors.

“But what remains is only a few square blocks of the old neighborhood fabric centered on Taylor street. The area, by some estimates, was once 85% Italian. Now it’s negligible. A certain degree of population dispersal and invasion/succession would have happened anyway, but this federal urban renewal-funded plan was a blunt and catastrophic assault on the neighborhood and was fiercely opposed. The opposition took their case to the courts, only to get stymied by the Supreme Court.”