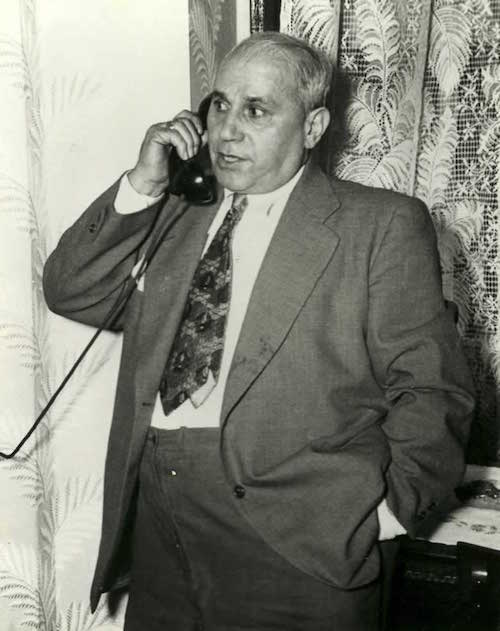 Vincenzo Graziano came to Chicago penniless in 1905 and by 1933 had built a thriving business, the J.P Graziano Grocery Company, a business that his great-grandson operates to this day. His affection and commitment to his family was always evident and his sons, Alfredo and Paul, followed closely in his footsteps both as fathers and as businessmen.

His fellow parishioners held Don Vincenzo, as he was sometimes called, in high-esteem for his generosity and warmth. He helped his neighbors through difficult times with loans and jobs and he was honored many times at weddings as the Grand Marshal.

Signor Vincenzo, as he was often called, possessed the qualities of a man of substance and character: well-dressed yet humble, self-made but devout and charitable.

A charismatic and engaging storyteller, he delighted his audiences with his anecdotes and recollections of Chicago as it will never be again.

Remembering Vincenzo Graziano means remembering his campanilismo, an untranslatable word that roughly means a strong sense of belonging to the place of your birth and adherence to the specific religious and cultural traditions of one’s home town.

Vincenzo’s fierce devotion to St. Joseph, the patron saint of his home town of Bagheria, captures this notion of campanilismo perfectly. Every night he lit a candle to honor his patron saint. Every year he followed the Sicilian custom of giving food to the needy on St. Joseph’s Day by donating a sizable amount of groceries to charity.